I was thrilled to win the 2016 PYMB Competition. I have been extremely busy ever since! Highlights include:

Performing Ravel’s Valses Nobles et Sentimentales at Leeds College of Music as part of the Leeds International Concert Season. I recorded it in the studio afterwards:

Winning a scholarship to The Royal Academy of Music, to start in September 2017

Being presented with my LRSM, plus The Dennis Midwood Prize for Keyboard and The Marjorie Pennington Prize for Accompaniment, at Chetham’s School of Music:

Collaborating with the clarinettist Andrei Caval on a traditional music project that involved travelling to Romania and meeting traditional musicians, and then giving a number of concerts together on our return – we had such fun doing this! We made a recording of one of our favourite pieces, Vittorio Monti’s Czardas:

Reaching the semi-finals of the Manchester International Concerto Competition for Young Pianists with Greig’s Piano Concerto in A minor. I am currently practising hard for this as the semi-finals are coming up soon

Participating in lessons and masterclasses over the summer with Yekaterina Lebedeva and Artur Pizarro in Greece – whilst there, I performed in a number of concerts in the beautiful setting of Nafplio, including one open air concert, which was a first for me! And I got to visit The Parthenon on the way back, which was absolutely amazing: 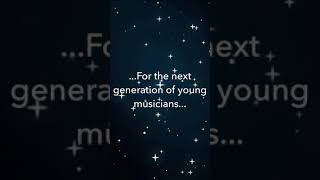